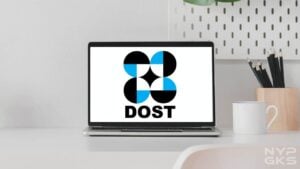 Last Tuesday, the Department of Science and Technology (DOST) launched the 3D Philippines information system that will serve as an online mapping platform for surface and subsurface data.

One key feature of DOST 3D Philippines is having borehole data on subsurface characteristics. The said borehole data is a requirement for high-rise upscale development and should benefit designers, planners, and developers.

During the launch, DOST Secretary Renato Solidum Jr. expressed the need for “risk-informed and evidenced-based data” to understand risks better and to help effectively prevent and mitigate them.

The secretary said that the online mapping platform will be 3D-based to help with the management and analysis of borehole data. Solidum also highlighted the benefits of the 3D format as users can better visualize and analyze different elements on the surface and what’s below it.

It is also easily accessible as it is a web-based application.

This platform was developed by the DOST, as well as the DPWH and De La Salle University.

The goal is to create a centralized database system for the storage and facilitation of the analysis of surface and subsurface information, planning, aiding research, and initiatives toward disaster risk reduction.

SEE ALSO: How to memorialize or close social media accounts of deceased loved ones

This means that the DOST 3D Philippines platform can benefit engineers, scientists, community developers, and more.