After Globe, Smart also takes a jab at DITO 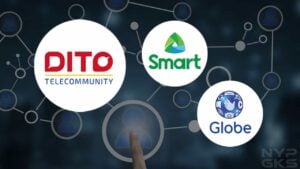 Last Tuesday, Smart Communications lashed back at third-telco DITO Telecommunity after it apparently failed to slow down fraudulent calls, which is said to have affected the interconnection between the two providers.

In a statement, Smart VP for regulatory affairs Roy Ibay said that DITO has failed to stop people from misusing its network. This resulted in DITO SIM cards being used in “masking international calls as domestic, resulting in huge monetary losses for Smart.”

All these back-and-fourth started when DITO filed a complaint before the Philippine Competition Commission last Monday. The complaint is accusing Globe and PLDT-Smart of abusing their position in the market.

The third-telco said that the calls from DITO subscribers were not making it through the users of the two dominating providers.

“This is simply false,” says the Smart VP.

Smart also said that DITO has a pending request to the National Telecommunications Commission (NTC) for additional interconnection capacity.

“DITO’s filing of the PCC complaint on the same subject matter is blatant forum-shopping,” says Ibay.

“Simply put, DITO has failed to prevent its network from being misused for fraud, with DITO SIMs masking international calls as domestic, resulting in huge monetary losses for Smart,” Ibay added.

Smart explained that they have the ability to track and block illegal calls coming from its end.

They said that they can give DITO additional capacity if the third telco agrees to compensate them fairly “in the event that such fraudulent calls continue to proliferate.”

If not, Ibay said that they will not allow their interconnection agreement with DITO to “perpetuate fraud.”

This article, After Globe, Smart also takes a jab at DITO, was originally published at NoypiGeeks | Philippines Technology News, Reviews and How to’s.