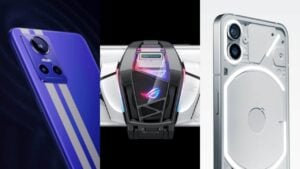 Wondering what are the most powerful and best-performing midrange, sub-flagship, and flagship phones in the global market? Benchmark platform AnTuTu has the answer.

As expected, smartphones powered by the Qualcomm Snapdragon 8 Plus Gen 1 still dominate the list. It managed to put four devices on the rankings, which includes the top two: the ASUS ROG Phone 6 and iQOO 9T. There’s also the Mi 12S Ultra at number 4 and the Galaxy Z Fold 4 at number 9.

Meanwhile, the Dimensity 9000 is the only MediaTek-owned chip on the list as it put the vivo X80 in the sixth spot.

It may not be the most powerful chipset in the flagship category, but the Dimensity 8100 is considered the top performer in the sub-flagship space. It managed to put three devices in the top spot: the Realme GT Neo 3, POCO X4 GT, and Redmi K50i.

They are followed by another MediaTek-powered device, the OnePlus 10R 5G and its Dimensity 8100 Max CPU. There’s also the Dimensity 1200-powered Realme GT Neo 2T at number 9.

Interestingly, only the Snapdragon 870 is the Qualcomm-owned CPU that made it to the list. The processor allowed devices from Realme, iQOO, and POCO to take the fifth to eight,h and tenth spots.

Lastly, Qualcomm dominated the midrange phones ranking in China. All of the top performers are either powered by a Snapdragon 778G+, 778G, or 780G CPU.

The top spot is owned by the highly popular Nothing Phone 1, which gained a lot of attention due to its unique design. Apparently, it’s a speedy and reliable device, too.