Apple Music gets a price increase in PH 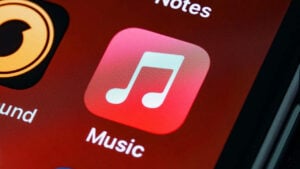 Apple Music has gotten a price increase in select markets. Now, the Philippines is being included in those countries.

A couple of existing Apple Music users apparently got a notice from Apple that starting December 16, 2022, their subscription automatically renew for Php139.

As of today, the service’s webpage already states that the service will cost Php139 since first-time users will get their first month for free. That’s a Php10 increase from its previous price of Php129.

Meanwhile, the Student plan cost Php75 per month while a Family plan, which can accommodate up to 6 users, is at Php219 monthly.

If you’re not in favor for of this price hike, Apple said that you wouldn’t be affected when you cancel your subscription at least a day before the 16th.

Still, Apple Music is still cheaper than the next best option, Spotify, which costs Php149 for the Individual plan.

This article, Apple Music gets a price increase in PH, was originally published at NoypiGeeks | Philippines Technology News, Reviews and How to’s.