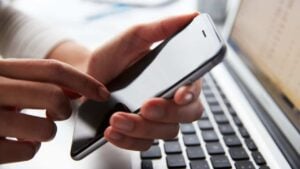 As seniors become a common target of cybercrimes, especially during the height of the global health crisis, Philippine Senator Jinggoy Ejercito Estrada is pushing for a bill that seeks to safeguard the elderly from fraud.

Pushing for Senate Bill No. 671, the proposed bill is asking for the creation of an inter-agency centralized service aimed at warding off scammers from executing their insidious schemes through the constant building of awareness among senior citizens, including their caregivers and families.

Senior citizens often become a subject of the vicious act due to their unfamiliarity with today’s technology, particularly social media and other online platforms which are common devices used by perpetrators.

Also known as the Senior Citizens’ Fraud Education Act, the bill will see the Department of Trade Industry (DTI) as the leading agency for the campaign and will be supported by other government agencies, namely the Department of Justice (DOJ), Philippine Postal Corporation (Post Office), and Department of Health (DOH).

Using forms of marketing as a strategy, said the group will educate the concerned public on the ways of cybercrime and how they could report and file a complaint in cases of actual crime.