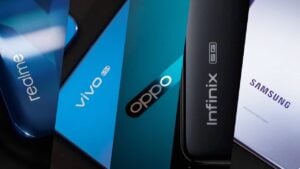 Technology market analyst firm Canalys has released the top smartphone vendors in the Philippines for the third quarter of 2022. The rankings are based on sell-in shipments from July to September.

Still undefeated on the top spot is Realme, which enjoys 19% of the unit share despite suffering a -28% annual growth. In Q2 2022, Realme had a higher 20% unit share, albeit also suffered a -21% yearly decline.

The biggest gainer is vivo, which jumped to second place from being not in the top 5 list at all last quarter. It managed to pull an annual growth of +88% and take 17% of the unit share.

OPPO also stayed in the third spot, albeit also suffering a negative annual growth of -15%. They own 16% of the units shipped during that quarter.

Transsion, the folks behind TECNO Mobile and Infinix, fell hard at the fourth spot from being on the second. Still, it’s one with the highest recorded annual growth at +79%.

Finally, the fifth spot is still owned by Samsung, which owns 13% of the units shipped in the Philippines.

Xiaomi has fallen off the list and may have taken the sixth or seventh spot. Meanwhile, HONOR just made a comeback and should also climb up the list soon.

This article, Canalys: Top 5 smartphone vendors in PH for Q3 2022, was originally published at NoypiGeeks | Philippines Technology News, Reviews and How to’s.