Disney+ is coming to the Philippines 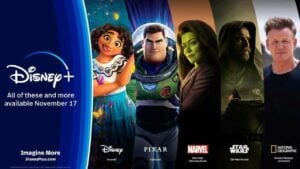 The much-awaited Disney+ streaming service is finally launching in the Philippines.

According to the official pre-launch page, Disney Plus will be available on November 17. Starting at only Php159/month, Filipinos will be able to stream Disney, Marvel, Pixar, Star Wars, National Geographic and more.

Those who will subscribe annually on either of the two plans will be able to save up to 30% off. Check out the complete details of Disney Plus subscription plans below.

This article, Disney+ is coming to the Philippines, was originally published at NoypiGeeks | Philippines Technology News, Reviews and How to’s.