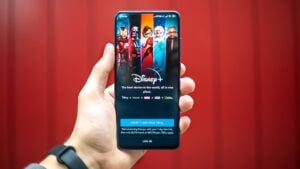 The price increase for Disney Plus has been announced, as well as the subscription fees for other Disney-owned streaming services, Hulu and ESPN Plus.

Starting December 8, the pricing for Disney Plus will be increased to USD10.99, or around Php600 when directly converted to Philippine pesos. That’s USD3.00 more than its current price of USD7.99 (around Php400).

But don’t fret, if you still want to pay the same USD7.99 amount per month, you can do so sometime in December, but it would come with ads.

SEE ALSO: How to upgrade/downgrade your Netflix subscription

Disney head Bob Chapek said that the subscription tiers with ads will have “lower ad load and frequency” to ensure that viewers will still have a great experience. Moreover, kids’ profiles will be spared from advertisements.

The announcement was made during the company’s earnings call last Tuesday.

Want to watch Disney+ in the Philippines? Here’s a guide on how you can use the service if your country is not officially supported.