Draw Things lets you generate AI images from your iPhone 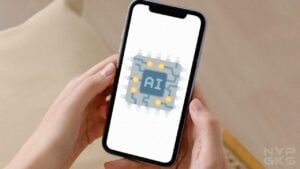 Free to download, the app Draw Things: AI Generation utilizes the text-to-image machine learning model called Stable Diffusion (SD), so it can help you the user “create images you have in mind in minutes rather than days.” It’s similar to the new AI Image Generator feature released by PicsArt for its own iOS and web app.

But whereas PicsArt uses cloud computing to produce AI-generated images within seconds, Draw Things runs locally and relies on your phone hardware for its computations. Another notable difference is that the images generated by Picsart can be used by anyone else in its community, whereas Draw Things promises to protect your privacy.

But because Draw Things runs locally, its performance is noticeably slower. A 384-by-384 image will take at least a minute to be generated on even the latest and most powerful iPhone.

To give users better control over the generated image, the app provides various option such as image size, random seed values, number of steps applied for image generation, and more. Different models can also be used, as certain models are better suited for certain art styles.

This article, Draw Things lets you generate AI images from your iPhone, was originally published at NoypiGeeks | Philippines Technology News, Reviews and How to’s.