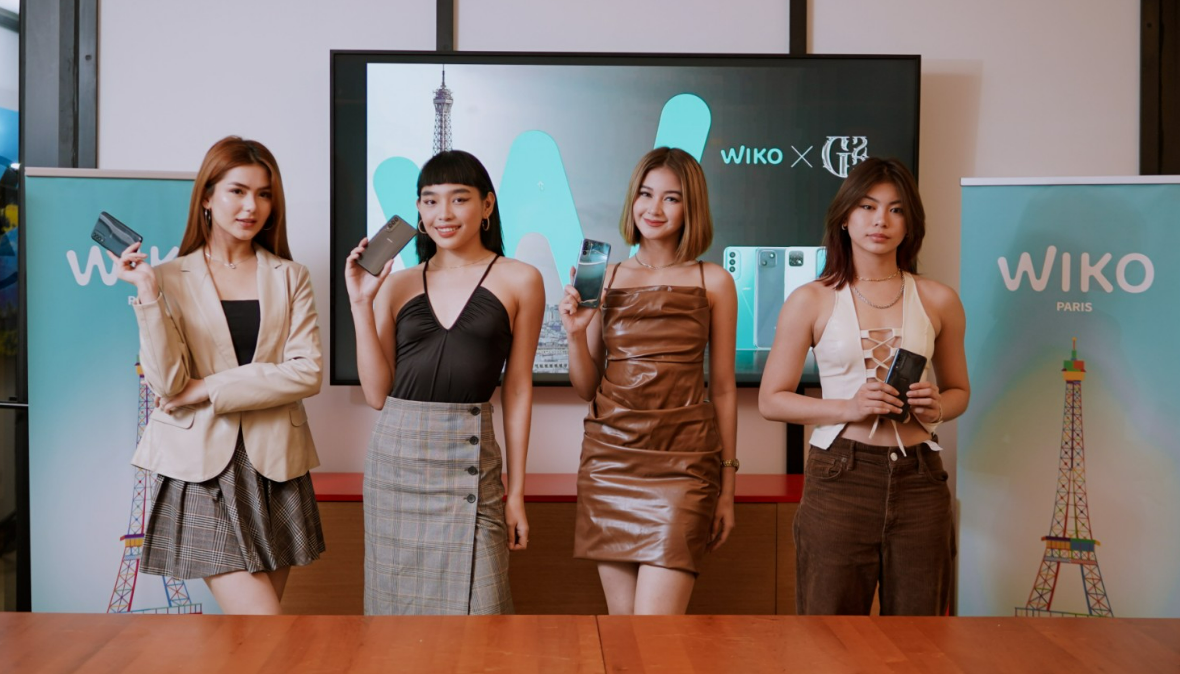 French smartphone brand WIKO has recently introduced P-pop group G22 members as its first celebrity endorsers in the Philippines!
The four-member girl group composed of Alfea, AJ, Bianca, and Jaz debuted in February 2022 under Cornerstone Entertainment. The group has released two hit songs, “BANG!” and “Babalik.” They were also part of PPOPCON 2022, a two-day P-pop convention held at the New Frontier Theater and Smart Araneta Coliseum earlier this year.

(L-R) G22 P-Pop Members Jaz, AJ, Alfea, and Bianca are now WIKO Smartphone endorsers!
“We’re very excited because this is our first endorsement as a group,” said AJ, the leader and main rapper when the group was formally launched as WIKO’s first endorsers in the Philippines earlier in August 2022.
“We want to share our advocacy and spread more awareness that everyone is a female alpha, and that WIKO is also an alpha brand,” added Alfea, the lead vocalist and visuals.
Cornerstone Entertainment President Mr. Jeff Vadillo also expressed that WIKO and G22 have the same vision of supporting people with dreams. “[WIKO] is at the forefront of technology in terms of function and design. That is exactly the type of branding we want for G22. We wanted to create a girl group that is at the forefront of OPM and P-pop in terms of music, style, visuals, and music videos. Definitely, being an alpha girl group makes WIKO the perfect brand to partner with as one of the up and coming tech brands right now,” he said. 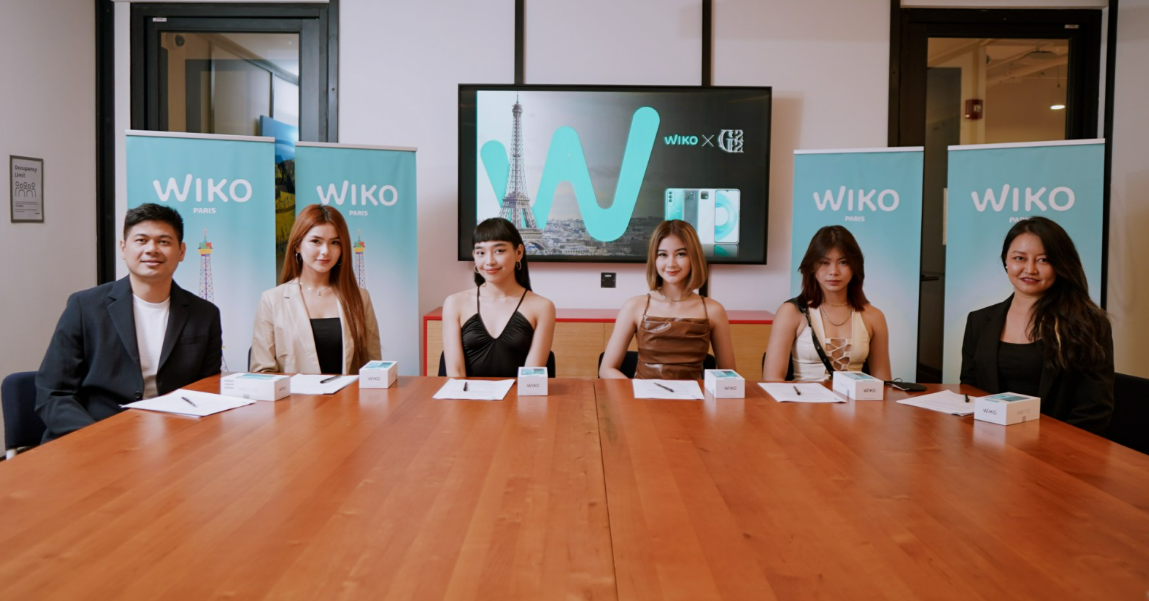 P-pop group G22 at the contract signing with French smartphone brand WIKO. (L-R) Cornerstone president Jeff Vadillo, G22, and WIKO marketing director for the Philippines Jacqueline Li. All photos in this article are courtesy of Belle Dinglasan.
“Not only that, for their generation, it’s really the smartphones that they use to reach out to their fans, particularly in terms of communicating their artistry, advocacy, and beliefs, and what a good way to do exactly that, than with WIKO.”
Launched in 2011, WIKO aims to bring French and fresh aesthetics with their smartphones. The brand entered the Philippine market in 2022 with its signature models: WIKO T50 and WIKO T10.
“G22 has a creative, youthful passion and style that resonates well with their fast growing number of young fans. This is why we think that they’re the perfect fit to bring WIKO to the forefront by using the phone to personally express themselves and share their experiences and dreams to the Bullets fandom. We’re excited to partner with G22 and we can’t wait to grow as well with this talented group,” said Ms. Jacqueline Li, WIKO marketing director for the Philippines. 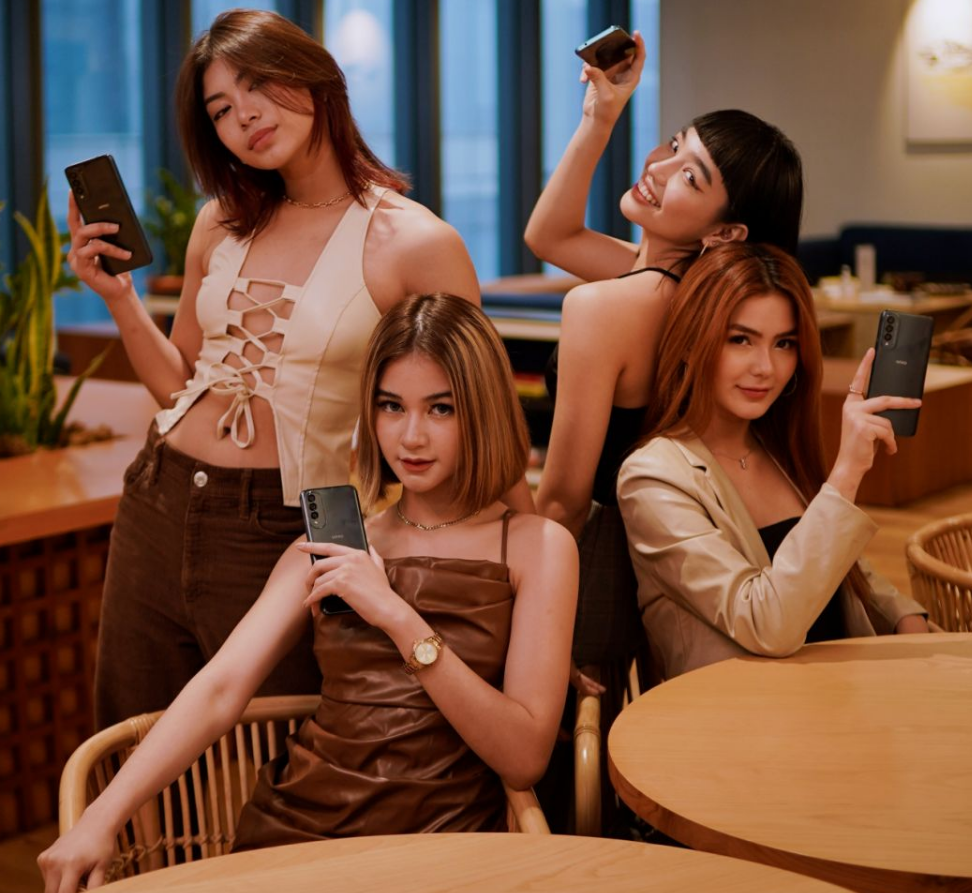 G22 with their WIKO Smartphones
As part of the partnership, WIKO and G22 have upcoming projects and events lined up for the next few months, including mall shows, slated within this year and next.
The group thanked their fans for their continuous support and the whole P-pop community. “We’re super thankful for our Bullets. Dahil sa kanila, we’re able to have another Bullet like WIKO,” AJ said.