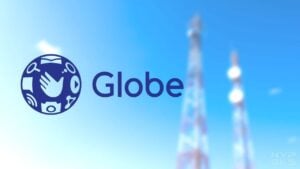 It looks like 5G is gaining steam in the Philippines as Globe Telecom reported a 73% increase in traffic on its 5G network during the first six months of the year.

Unsurprisingly, Globe Telecom said that the traffic mostly came from Metro Manila. Albeit, their 5G coverage is already available in more locations across the Philippines.

Still, Globe claims that 97% of its 5G coverage is in Metro Manila with the most users coming from Makati City, Quezon City, and Manila City.

Outside Metro Manila, Globe said that there’s been a steady uptick in 5G adoption in close provinces such as Cavite and Bulacan.

Globe said that the top areas in Cavite that uses 5G are Bacoor, Imus, and Dasmariñas. Meanwhile, those who live in Meycauayan, San Jose Del Monte, and Santa Maria are the areas in Bulacan that spent the most time using 5G.

In a statement, Globe said that they continue to build and advance their network infrastructure to offer new technologies like 5G to help enable digital life for Filipinos.

This article, Globe 5G traffic up by 73% in H1 2022, was originally published at NoypiGeeks | Philippines Technology News, Reviews and How to’s.