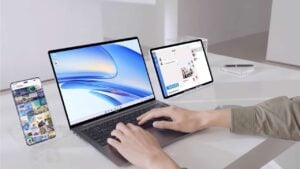 Before the year ends, HONOR unveiled the all-new MagicOS 7.0 interface that will be powering some of its current and upcoming devices for 2023. Oh, and if you’re still worried, it will have Google Mobile Services (GMS) thanks to the latest Android 13 operating system.

The new Android 13-based HONOR MagicOS 7.0 will bring a couple of visual overhauls and usability features, as it is a big update on a lot of existing HONOR smartphones.

But before we see the MagicOC 7 Android 13 update schedule, let’s first check what users should be excited about the new update. For starters, it now has a more streamlined design thanks to flat icons, fluid animations, and the brand’s new Honor Sans font.

The widgets are now more customizable, and home screen folders are larger, so they are easier to access.

HONOR has also introduced MagicRing, which is a new moniker for a feature that allows other HONOR devices (phones, laptops, tablets) to seamlessly work with each other through file transfers, notification management, smart clipboard, and more.

Also included in the upgrade is MagicGuard. As the name suggests, it deals with system and financial security, and privacy protection, and gives malware protection to the device.

Under the hood, there’s the new HONOR OS TurboX, which is said can make app launches faster and provides optimizations in system-level power consumption.

These are some of the things you should be excited about in the new Android 13 MagicOS 7 update. As for the eligible devices and rollout schedule, you can see the list below. The schedule is currently for the Chinese market, but we’ll update the list right away once we have the schedule for the global devices.

This article, HONOR Android 13-based MagicOS 7.0 update schedule, was originally published at NoypiGeeks | Philippines Technology News, Reviews and How to’s.