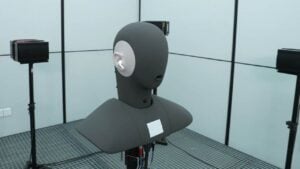 HONOR has recently been getting the attention of the internet, especially when in the Philippines when it announced its imminent return to the country. But while the curious public is still in the shadows of what the company has in store exactly, a look into Europe’s biggest tech show on September 2, 2022, could probably shed some light on what’s coming from the Chinese tech company.

To take place specifically on IFA 2022 or Internationale Funkaustellung in Berlin, Germany at 5 PM CEST (11 PM in the Philippines), the continent’s largest tech event will be a host to several world-renowned brands, like Apple and Samsung, in addition to HONOR. Often, it is during this event when some of the big revelations in tech take place.

While HONOR did not yet make any hint at what will be unveiled during IFA 2022, the theme “Embracing the Connected Future” should give us a bit of an idea of what’s to be revealed. Our guess is that they are announcing a smart ecosystem similar to Huawei.

Certainly, not everyone can be in Berlin at the time of the occasion. But HONOR is making the rare event accessible to everyone interested in the subject with a live stream as can be seen below.

This article, HONOR to reveal high-profile devices at IFA 2022, was originally published at NoypiGeeks | Philippines Technology News, Reviews and How to’s.