How to get FREE Dota 2 Arcana, Battle Pass, and Dota Plus 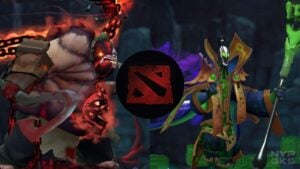 Several years after its official release, Dota 2 remains the video game of choice for many MOBA players not only because of its challenging yet fun gameplay but also the depth of customization it offers.

Among the best customization options are the Arcana skins, which are usually only obtainable if you buy and level up a battle pass. But there are ways to get Arcana items for free. Today, we’ll show you how you can get it.

What is Dota 2 Arcana?

Arcana items are the most sought-after and valuable items in Dota 2. When equipped, an Arcana introduces major changes to not only a hero’s appearances, visual effects and animation but also their ability icons and audio effects. Recent Arcana skins also have a progression system that tasks players to win matches in order to unlock further customizations.

For example, the first ever Arcana called Fiery Soul of the Slayer was a head item for the hero Lina. When equipped, the item sets Lina’s hair ablaze. It also changes two ability icons and the particle effects on her hands. Another example is Flockheart’s Gamble, an Arcana for Ogre Magi that changes the two-headed ogre’s in-game model to one that’s riding a mount.

How to get Dota 2 Arcanas for FREE

If you’ve been following the news, Dota 2 recently concluded its most prestigious championship tournament for this year. As a huge surprise to avid fans, game developer Valve announced a giveaway in the form of The International 2022 Swag Bag. It’s a bundle of freebies that includes—you guessed it—an Arcana item.

There’s no catch here whatsoever, apart from a small effort on your part that you’ll do anyway as a Dota 2 gamer.

What are the requirements to get the Arcana and Battle Pass?

To be eligible of the swag bag, just play 10 matches during the battle pass season. Once you’re done, the Swag Bag freebies become unlock and you can click the Claim button for each. You’ll have to do this before the Battle Pass 2022 season ends, which is in January 2023.

As for the free Arcana, you get to choose which one from any that’s available from the Dota 2 store. Just launch your Dota 2 game client, go to the Swag Bag menu under Battle Pass, and click Select Arcana. Browse the list of claimable Arcana items, each of which has an option to demo and view more details. Once you’ve decided which one to take, click the Claim Arcana button.

Claiming issues on the free Dota 2 Arcana, Battle Pass, and Dota Plus?

At this point, you probably won’t encounter issues in claiming the Dota 2 Arcana. Back when it was just released, the huge influx of players getting online caused server issues and problems with claiming the bag.

If the problem still persists, simply click it multiple times until the freebies are obtained. You may also wait for a while and come back at a later time, as it’s available until January next year.

Can I sell or trade my Dota 2 Arcana?

Note that to avoid abuse, the free Dota 2 Arcana you get from the swag bag is non-marketable, non-tradeable, and non-giftable. They’re for you alone and is tied to your Steam account. Otherwise, without these restrictions, anyone can just spam the system with new accounts just to get the Arcana items for profit, or to transfer and hoard them in their main accounts.

So you’ve got one for free, but now you want more. Because the swag bag also comes with a free battle pass, you can also grind and gain enough levels to get two more Arcana items as battle pass rewards. You can level up by earning points that are rewarded for playing matches, accomplishing weekly quests, and doing other in-game activities. For added boost, you can also spend some cash to get additional levels instantly.

For the 2022 season, the Arcana reward items are the Voidstorm Asylum and Claszian Apostasy. You can get them at levels 383 and 495 to customize the heroes Razor and Faceless Void, respectively. Besides the Arcana, there are also Persona items in the battle pass. These are yet another way to customize how heroes appear in the game.

The last gift included in the swag bag is called Dota 2 Plus. For thirty days, players get a taste of the enhanced experience provided by this premium subscription, including an advanced hero progression, in-game item and ability suggestions based on the latest trends, the ability to create guilds, and end-of-season battle reports.

That’s it. Have any questions or running into troubles collecting the freebies? Let us know in the comments section and we’ll try to help you out.

This article, How to get FREE Dota 2 Arcana, Battle Pass, and Dota Plus, was originally published at NoypiGeeks | Philippines Technology News, Reviews and How to’s.