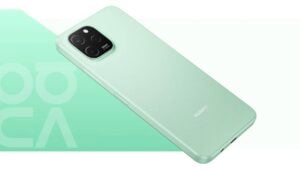 HUAWEI introduced the Nova Y61 earlier this month. Now, it has made its way to the Philippines.

As the name suggests, the HUAWEI Nova Y61 belongs to the company’s entry-level line-up. That said, it only has a pretty humble set of specs. For starters, there’s the large but low-resolution 6.52-inch HD+ IPS screen with the standard 60Hz refresh rate.

The 5-megapixel selfie camera is on top of the display, sitting in the traditional waterdrop notch. On the upside, it does have three shooters on the back. One of them has a dense 50-megapixel main shooter, albeit only joined by a 2-megapixel macro lens and a depth sensor.

It also managed to have a relatively fast 22.5W wired fast charging for the large 5,000mAh battery.

Still a budget phone, it uses an unnamed octa-core processor with only 64GB of internal storage. On the upside, it does have a relatively roomy 6GB of RAM.

Handling the software is EMUI 12. A side-mounted fingerprint scanner is also here for security.

The HUAWEI Nova Y61 has a price of Php7,999 and is now up for pre-order on Shopee with Php999 worth of freebies. All three colors are available in the country: Midnight Black, Mint Green, Sapphire Blue.

This article, HUAWEI Nova Y61 now in the Philippines, was originally published at NoypiGeeks | Philippines Technology News, Reviews and How to’s.