Intel to say goodbye to Pentium and Celeron in 2023 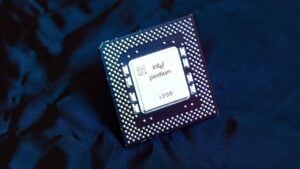 After years and years, Intel is saying goodbye to the Pentium and Celeron next year, 2023.

It is said that the Intel Pentium and Celeron brands will be dropped in 2023 and will just be called Intel Processor. Come next year, notebooks powered by Intel will just have that one branding so it will be easier for consumers who want to purchase an affordable laptop.

As Intel moves forward, it will now focus on its Evo, Core, and vPro brands for its flagship offerings, while the Intel Processor names will be for its “essential” products.

For a quick trip down memory lane, the Intel Pentium brand is ending after about 30 years since it was first introduced in 1993. While most people today know them as affordable laptop chips, they actually used to be Intel’s high-end line for desktops. That changed when Intel Core branding was introduced in 2006.

Meanwhile, Intel Celeron was made for affordable machines from day one. The first Celeron chip came out in 1998 and is more recently used in economical laptops and Chromebooks.

While there’s been a shake-up in its branding, Intel said that its product offering, price ranges, and roadmap will still be the same.

This article, Intel to say goodbye to Pentium and Celeron in 2023, was originally published at NoypiGeeks | Philippines Technology News, Reviews and How to’s.