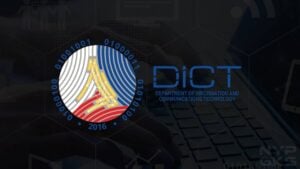 The Department of Information and Communications Technology, also known as DICT, is one of the more recent additions to the executive departments of the executive branch of the Philippine government. It has been under several departments and agencies before being given cabinet status in 2016.

This creation of this department has been vital to the ever-growing demand in the information and communications technology (ICT) sector, including several related industries like business process outsourcing (BPO), telecommunications, the education sector, and governance.

The DICT is in charge of ensuring that the developments in the realm of information and communications technology (ICT) can be harnessed to support the country’s national development.

History of the Department of Information and Communications Technology (DICT)

The DICT started in 2004 as the Commission on Information and Communications Technology (CICT) through Executive Order No. 269 (EO 269, s.2004), signed by then-President Gloria Macapagal Arroyo, in preparation for making it to its own cabinet department.

Several initial attempts to create the DICT since 2008 were unsuccessful as it did not reach the final reading in the Senate. But, on May 20, 2016, with just a month left to then President Benigno Aquino III, the Republic Act No. 10844, or “An Act Creating the Department of Information and Communications Technology,” was signed into law.

Qualifications of the DICT Secretary

Similar to all the other cabinet secretaries under the Office of the President, the DICT Secretary is also personally hand-picked and appointed by the Philippine President and must also be confirmed by the Commission on Appointments.

Some past DICT Secretaries who performed several functions were appointed as officers-in-charge (OIC) or just in an acting capacity but were never confirmed by the Commission on Appointments.

The DICT has only been around since 2016. As Secretary of DICT, their task is to lead the department in policy-making, coordination, and implementation of ICT-related plans of the government. They are also assigned to advise the President of the Philippines on administrative matters about ICT.

Atty. Salalima was the inaugural department secretary when the DICT was formed in 2016. However, he was not an amateur in the information and communications technology (ICT) sector before leading the department since he spent 40 years in law and telecommunications.

He previously held several roles, including advisory, directorship, and counsel in the telecommunications industry, locally and abroad, most notably with Globe Telecoms. He is also a published author on telecommunications policies in the Philippines.

As the DICT Secretary, he led the department in crafting the National Broadband Plan (NBP), designed to improve Internet speed nationwide, including penetrating the unserved and underserved areas. The NBP was also vital in establishing free public WiFi access that has now been implemented around the country.

He offered to resign his post on September 5, 2017, over corruption and interference issues within the department.

Rio is a Professional Electronics Engineer (PECE) and a retired brigadier general who served as one of the inaugural Undersecretary for Special ConcerHere’s the complete list of secretaries who served in the Department of Science and Technology (DOST) from 1987 up to the present.ns of the DICT after its formation.

Before he became one of the DICT Usec, Rio served as Commissioner of the National Telecommunications Commission (NTC) in 2001.

Upon Sec. Salalima’s resignation, Rio took over as the OIC DICT Secretary, where he performed roles in the bidding and awarding of the third major telecommunications player, which turned out to be DITO Telecommunity.

He was also at the department’s helm on the deal for the free use of the 6,200-kilometer dark fiber of the Transco/National Grid Corporation of the Philippines (NGCP) as the backbone for the National Broadband Program (NBP).

Another career highlight was the deal with China Telecom to build a cable landing station that will use the existing submarine cables of China Telecom.

His term as DICT Secretary ended in July 2019 when Secretary Honasan took over.

Then-President Duterte appointed Honasan as the new DICT Secretary upon the end of his Senate term in July 2019. Aside from being a former senator, he was also an army officer.

During his term as the DICT secretary, he focused on interconnectivity programs and initiatives to boost ICT in the country. His time with the department saw a notable leap in broadband and mobile Internet speed.

When he filed his certificate of candidacy (COC) for Senator for the 2022 National Elections, he effectively resigned as the DICT Secretary.

Upon Sec. Honasan’s resignation, Atty. de Castro was appointed as the department secretary. Before his appointment, he served as the DICT Undersecretary for legal affairs, policy, planning, and finance.

Undersecretary for Digital Philippines Caintic was appointed as the acting secretary by the Office of the President following Sec. Honasan’s resignation.

Secretary Uy is the ad interim DICT Secretary appointed by President Ferdinand R. Marcos, Jr. He is a lawyer and IT Expert.

Before leading the department, he served as the Commission of Information and Communications Technology (CICT) chairman.

Though his time with the department is still short, his vision for the DICT includes advancement in digital literacy and e-governance.

That’s it. We’ll update this post when new DICT secretaries are appointed. Did we miss anything? Let us know in the comments section below.

This article, LIST: All the DICT Secretaries in the Philippines, was originally published at NoypiGeeks | Philippines Technology News, Reviews and How to’s.