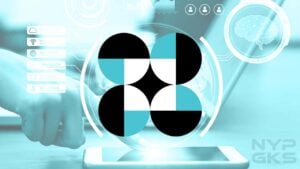 The Department of Science and Technology, commonly known as the DOST, is one of the 22 executive departments of the executive branch of the Philippine government. It is responsible for leading the scientific and technological advancements to ensure the greatest benefits for the country’s economy and a better quality of life for Filipinos.

History of the Department of Science and Technology (DOST)

The DOST may have been one of the more popular departments of the cabinet due to its role in the development and innovation of the country. However, DOST is relatively new, given that it is the fifth youngest among the 22 executive cabinets and has only received full-cabinet status in 1987.

Within the next five years, the NSTA was elevated to the Cabinet level and became the Department of Science and Technology due to the increasing demands in the science and technology sector.

Roles of the secretary of the DOST

Each secretary of the executive department acts like an alter ego of the President within their respective departments. In the case of the DOST secretary, he/she will have the power and authority over the DOST. Below is the list of all the secretaries and their various accomplishments in the history of the DOST.

Dr. Arizabal was the inaugural appointee of the position of secretary of DOST following its conversion in 1987. As the top officer of the NSTA, he fronted the reorganization and transition of the newly created Department of Science and Technology.

His top priority as the head of the new department was contract agreements, technology transfers, and commercialization with the private sector.

One of his accomplishments was using DOST – Food and Nutrition Research Institute’s (DOST – FNRI) supplemental food formulations to help alleviate the malnourishment of kids in Negros Occidental in the late 1980s.

Dr. Follosco was a jack-of-many-trades in engineering, having degrees in mechanical, electrical, agricultural, and management engineering.

As an engineer, he prioritized the implementation of modernization in the industrial and agricultural sectors to ensure production efficiency.

He was also the department secretary during the planning of the Science and Technology Master Plan (STMP), which envisioned the direction and goals of the DOST from 1990-2000.

Dr. Gloria focused on science and technology extension and commercialization programs. He was also at the helm when the first science centrum in Manila was founded, which became the model for the succeeding science centrum around the country.

However, during his tenure, one of the highlights was the Science and Technology Scholarship Act of 1994, which paved the way for poor but talented and deserving students to pursue a degree in the sciences and technology.

Dr. Padolina served as the DOST secretary under President Ramos and President Estrada. He focused on technological advancements in multiple sectors, including agriculture, manufacturing, education programs for technology, and improvement of the research management system.

While there were several accomplishments and developments of the department in terms of education through the Engineering and Science Education Program and the opening of new campuses in the Philippine Science High School system, his career highlights came when he led the DOST – Philnet Project (now PHNET).

Implementing the DOST – PHilnet Project and other public and private institutions paved the way to connect the Philippines to the Internet for the first time.

During Dr. Uriarte’s stint, the department included the farmers and entrepreneurs as beneficiaries of the technology transfer programs concerning the government’s poverty alleviation initiatives.

Dr. Alabastro was the first female DOST secretary and served the longest. Before her appointment, she performed various capacities in the DOST and the academe. She was also an editor for several food-related publications and author of multiple research papers and handbooks in the same genre.

Engr. Montejo emphasized utilizing the local technologies, processes, and services. During his term, the DOST developed the flagship program Project NOAH to aid the country in disaster risk reduction and management.

Another highlight of his tenure as the DOST secretary was the development of Diwata-1, which was the country’s first microsatellite designed and made by Filipinos.

De la Peña has been with the NSTA/DOST since 1982, then served as the department’s undersecretary from 2001 – 2014 before his selection as the next DOST Secretary from 2016 to 2022. During his tenure, he ensured that the DOST reached more Filipinos with his “Science for the People” policy.

He has also supported research and development (R&D) innovations and initiatives from different higher education institutions in the Philippines.

Dr. Solidum is the newest DOST secretary, but he is not a newcomer in the department. Like Sec. de la Peña, who served since 1982, he has also been with the department for 38 years since the 1980s before his appointment.

He rose through the ranks in the DOST – Philippine Institute of Volcanology and Seismology (PHIVOLCS) before becoming the Undersecretary for Disaster Risk Reduction and Climate Change Adaptation in 2017 and for Scientific and Technical Services in 2019.

This article, LIST: All the DOST Secretaries in the Philippines, was originally published at NoypiGeeks | Philippines Technology News, Reviews and How to’s.