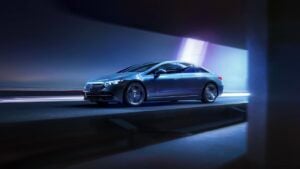 We hoped it will never come to this, but it still did. Mercedes-Benz is one of the new carmakers to lock vehicle features behind a subscription fee with its upcoming Acceleration Increase add-on.

The new Acceleration Increase from Mercedes-Benz means that owners will have to pay a yearly extra just to use a feature that’s already in their cars in the first place.

This service will cost USD1,200 (around Php69,900), which will improve the boosting output of the engine by 20 to 24 percent, thus increasing torque. This translates to 0.8 to 0.9 seconds off of the 0-60mph acceleration when using Dynamic drive mode.

Like we’ve said earlier, unlocking this feature won’t come with a physical hardware upgrade as it will simply unlock the feature that’s already in the car.

Locking some features behind a paywall is carmakers’ way to make more money as global sales have dropped in the past few years.

Mercedes-Benz isn’t the first one to do this as BMW recently became controversial for charging some owners in a few countries USD18 per month just to allow its owners to access seat-heating on their vehicles.

This article, Mercedes-Benz cars can have faster acceleration if you pay a subscription fee, was originally published at NoypiGeeks | Philippines Technology News, Reviews and How to’s.