Microsoft is raising Xbox game prices from $60 to $70 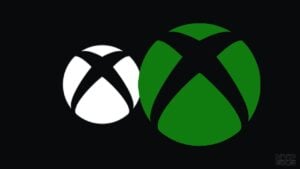 Microsoft will be raising the cost of its soon-to-be-released Xbox games next year.

Beginning in 2023, titles such as Starfield, Redfall, and Forza Motorsport from Xbox Game Studios will have an MSRP of $69.99, instead of the usual $59.99. This pricing adjustment is in line with those of its competitors like Sony, Take-Two, and Ubisoft, who already offer their games at this rate.

Here’s the statement of Microsoft regarding the change.

We’ve held on price increases until after the holidays so families can enjoy the gift of gaming. Starting in 2023 our new, built for next-gen, full-priced games, including Forza Motorsport, Redfall, and Starfield, will launch at $69.99 USD on all platforms. This price reflects the content, scale, and technical complexity of these titles. As with all games developed by our teams at Xbox, they will also be available with Game Pass the same day they launch.

Microsoft’s decision to increase the price of its Xbox Game Studios titles is not unexpected. As the current-generation of consoles debuted two years ago, Sony adopted a pricing strategy of between $49.99 and $69.99 for its PlayStation 5 games. Microsoft, meanwhile, has remained committed to offering its own games on Xbox Game Pass at launch, while keeping the cost of its subscription services the same.

This article, Microsoft is raising Xbox game prices from $60 to $70, was originally published at NoypiGeeks | Philippines Technology News, Reviews and How to’s.