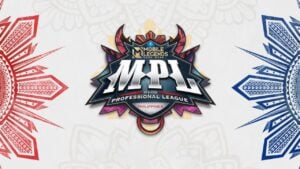 In less than two weeks and Mobile Legends: Bang Bang fans will once more be treated to another season of MPL Philippines. Here’s all you need to know about the tenth iteration of the professional league.

Like the past two seasons, MPL PH Season 10 implements a franchise-based model with eight teams set to compete.

Among the popular and fan-favorite teams include Blacklist International, RSG Philippines, and Bren Esports, all of which have made a name for themselves in international events such as the M World Championship and the MLBB Southeast Asia Cup.

Also in the running are ECHO PH, Nexplay EVOS, Omega Esports, ONIC Philippines, and TNC Pro Team. The complete roster of each team can be found here.

MLBB developer and event organizer Moonton revealed the regular season schedule via the official Facebook page of MPL Philippines. It begins August 12 and ends on October 2. The playoffs stage will follow thereafter.

The first day of the tournament will already be off to a good start, with the first match pitting Omega Esports against RSG Philippines at 6:00 PM, followed by Blacklist International versus Nexplay EVOS at 8:00 PM.

All matches during the regular season are scheduled on Fridays, Saturdays, and Sundays. Of the three, only Saturdays will have three matchups that start at 4:00 PM. Here’s the MPL PH Season 10 full schedule from Weeks 1 to 8.

More details, such as the playoffs schedule, will be announced later. Unless changes are made to the usual rules, expect the matches in the upcoming regular season to once again be played as best-of-three series of showdowns.

Points will be awarded to the teams depending on the number of victories and losses per match. The six teams with the highest points will then qualify for the playoffs, while the bottom two teams are eliminated from the tournament.

As of this writing, the prize pool that’s distributed among tournament winners hasn’t been revealed, although it may be the same as in previous seasons at $150,000 USD. Additional monetary rewards may also be given along with a weekly stipend for each team. The top two teams of the season will also likely advance to the upcoming M4 World Championship in January 2023.

Where to watch MPL Philippines Season 10

Fans will have the opportunity to watch the live coverage of MPH PH Season 10 via various social media channels. These include the official accounts of MPL Philippines on Facebook and YouTube. The tournament may also be live-streamed at the official YouTube channel of Mobile Legends: Bang Bang.

This article, MPL PH Season 10 Schedule, Teams, Results, Where to Watch, was originally published at NoypiGeeks | Philippines Technology News, Reviews and How to’s.