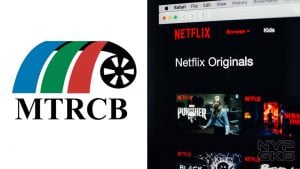 We’ve been hearing The Movie and Television Review and Classification Board (MTRCB) asking lawmakers to allow them to regulate streaming services like Netflix.

Now, some sort of that has finally happened as the MTRCB and Netflix have teamed up to promote responsible viewership to the latter’s Filipino users.

MTRCB Chairperson Diorella Maria “Lala” Sotto-Antonio said that this development is the result of their “constant dialogue” with the streaming giant.

Sotto-Antonio highlighted the role of the MTRCB to look after the well-being of Filipino viewers of all ages, especially the need to prevent young people from “being exposed to content that is not appropriate for their age.”

SEE ALSO: How to upgrade/downgrade your Netflix subscription

The goal is to make sure the access to content and the viewing experience is age-appropriate, whether Netflix is accessed on mobile devices, on its website, or smart TVs.

To do this, Netflix will promote the use of its in-app Parental Controls, which allows users to set a PIN code and designate a Kids account.

Now that they’ve partnered with one of the biggest video-on-demand (VOD) platforms, they are optimistic that other similar platforms, both local and international, will also collaborate with them.

This article, Netflix, MTRCB teams up to promote responsible viewership, was originally published at NoypiGeeks | Philippines Technology News, Reviews and How to’s.