Ookla: PH has the 5th fastest internet in SEA 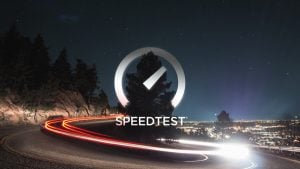 Ookla, an internet analysis firm, just released its latest Speedtest Global Index report, which reveals that the Philippines has the fifth fastest internet in Southeast Asia.

The Philippines recorded a median download speed of 78.69Mbps, putting its name in the fifth place of the top list. As per Ookla principal analyst Sylwia Kechiche, the country has been “steadily climbing” in the Speedtest Global Index rankings.

Kechiche attributed the internet improvement to telcos’ push to upgrade and modernize their old copper lines to fiber, as well as increasing their reach to new and first-time users.

SEE ALSO: Loss of Signal: What is LOS and how to fix it?

One of the telcos that helped the Philippines climb the rankings is PLDT, which said that the country’s continuous rise in the Ookla rankings is “a result of the long-term investments and hard work of all the telco operators in the country.”

“At PLDT, we reinforce our commitment to provide the best customer experience and power homes with future-ready innovations,” the telco giant added.

Ookla awarded PLDT as the fastest fixed broadband service provider in the Philippines for Q1-Q2 2022, where it recorded a Speed Score of 77.91 thanks to peak download and upload speeds of 210.83Mbps and 234.21Mbps, respectively.

This article, Ookla: PH has the 5th fastest internet in SEA, was originally published at NoypiGeeks | Philippines Technology News, Reviews and How to’s.