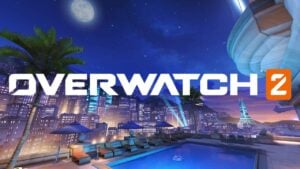 The official release date of the Overwatch sequel in the Philippines has been revealed.

Filipino gamers will be able to play Overwatch 2 starting October 5, 2022, at 3 AM Philippine time. The best part is, the game will be free-to-play.

The sequel will feature new dynamic PvP content and will be available on Windows PC, PlayStation 4, Xbox One, Nintendo Switch, and the new Xbox Series X and S and PlayStation 5.

It will come with a five-versus-five multiplayer format, cross-platform play, and cross-platform progression. Overwatch 2 will also have new heroes, hero reworks, modes, maps, and of course, premium cosmetics.

A couple of new locations will be available upon launch. That includes the snowy New Queen Street in Toronto, Canada, and busy Midtown Manhattan.

Overwatch 2 will also have a Push game mode, which uses a symmetrical map type so teams can fight to take control and advance into the enemy territory.

However, some might dislike the hero grind as you can only access locked heroes by doing it. Still, a couple of early reviews we’ve seen praised its solid team-based gameplay. We’ll learn more about it once it comes out in a couple of days.

This article, Overwatch 2 release date in PH revealed, was originally published at NoypiGeeks | Philippines Technology News, Reviews and How to’s.