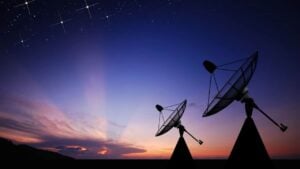 Two rural banks in the city of Batangas became a subject of the government’s satellite internet service, rendering the geographically isolated and disadvantaged area (GIDA) banking institutions needed access to the internet.

The Bangko Sentral ng Pilipinas claims it had partnered with the Department of Science and Technology-Advanced Science and Technology (DOST-AST) and the Philippine Space Agency (PhilSA) for the deployment of the test, with iOne Resources Inc. being the satellite internet service provider and the rural banks, Rural Bank of Cuenca and Progressive Bank of Malvar, as the recipients.

Still in its assessment phase, the test seeks to “evaluate the performance and reliability of the satellite internet services under local weather conditions.”

While certainly a benefit to financial institutions beset by their disadvantageous location, the partnership between BSP and the government appears to be also in line with the goal of the latter. That is, “promote access to financial services in remote areas.”