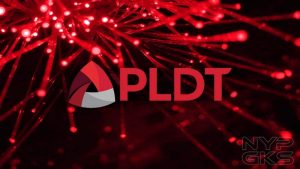 While PLDT Inc. stands firm that fiber is still the most reliable technology in providing fast and reliable internet connectivity, the telco giant is thinking of also offering satellite internet as part of its service.

This is in preparation for the upcoming release of Starlink in the Philippines, a low-earth orbit (LEO) satellite internet service by aerospace company SpaceX owned by tech billionaire Elon Musk.

In an interview, PLDT chair Manuel V. Pangilinan said that PLDT, as well as its wireless arm Smart Communications Inc., are looking into LEO satellites for the delivery of internet access to Filipinos.

Soon, Pangilinan said that PLDT and Smart could also provide space-based internet to its subscribers and add it to the company’s list of products. He added that they are already talking to a number of satellite operators.

However, PLDT President and CEO Alfredo Panlilio said that they first need to assess the technology’s affordability, since it’s going to be a commercial product.

In the United States, Starlink has a price of USD499 (around Php26,100) for the starter kit and would cost USD99 (around Php5,200) per month for the subscription.

Starlink’s launch in the Philippines has been moved to next year instead of the initial target, which was supposed to be at the end of 2022.

PLDT currently has the most extensive fiber network in the country, which spans at 837,900 kilometers as of June. That same network also helps Smart’s mobile services.

Still, Panlilio said that the company wants to venture into the satellite internet market. Back in August, Smart partnered with Omnispace, a company from Washington, USA, to explore how LEO satellites can support the delivery of 5G services.

This article, PLDT is thinking of offering satellite internet services, was originally published at NoypiGeeks | Philippines Technology News, Reviews and How to’s.