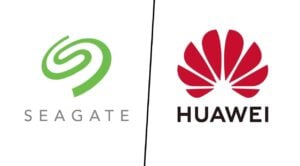 Seagate is being accused of selling hard drives to Chinese tech giant Huawei between August 2020 and September 2021, which is in violation of the US export rules.

In a report, Seagate apparently acknowledged that it has gotten “a proposed charging letter (“PCL”) from the U.S. Commerce Department’s Bureau of Industry and Security (“BIS”), alleging violations of the U.S. Export Administration Regulations (“EAR”).”

Seagate is being accused of supplying hard drives to a “customer and its affiliates listed on the BIS Entity List.” The hard drive maker didn’t name the customer in question, but reports suggest that it is Huawei.

A Commerce Department spokesperson said that they plan on “fully investigating any allegation of violations,” and that they “aggressively pursues criminal and civil actions related to unauthorized exports to China.”

However, Seagate said in an SEC filing that they didn’t commit any violation and that they “did not engage in prohibited conduct as alleged by BIS, because, among other reasons, Seagate’s HDDs are not subject to the EAR.”