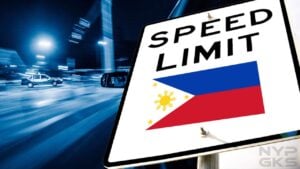 Speed limits are there for a reason. The government is imposing them on select roads in the Philippines to ensure the safety of the driver, his/her passengers, pedestrians, as well as other vehicles.

But as you know, there are different types of roads in the Philippines. Plus, a lot of these roads usually don’t even come with speed limit signs. That said, we won’t be surprised if some of you are confused about what top speed you can run your vehicle.

Fortunately, the Land Transportation Office (LTO) has released an official guide that should be a rule of thumb on the speed limit on Philippine roads. It is based on the Republic Act 4136. So if you don’t see a speed limit sign, but you know what kind of road you’re in, you’ll still be able to drive within the limit.

The LTO has also released a list of vehicle owners and drivers that are exempted from the rule. That includes first responders and more. Let’s begin.

As you can see, the fastest you can ride your vehicle is only 80km/h. This means that, no matter how tempting it is, you should stay within this speed limit when traveling long expressways like CAVITEX, NLEX, CCLEX, and others.

Meanwhile, the slowest you can drive is 20km/h. This is applicable in narrow municipalities or barangay streets, crowded roads, and other places where you have to be extra cautious while driving or else you can harm yourself, your passenger, and anyone on the road.

Who is exempted from speed limits in PH?

As stated earlier, first responders and emergency personnel are exempted from the speed limit rule as they are given priority on roads, so they can provide help as fast as possible. The full list of exempted drivers is listed below.

What is the penalty for speed limit violation in PH?

Each LGU, expressways, and other entities that will apprehend you may have their respective penalties and fees when overspeeding. The list below is directly from the LTO.

These are the things you should know about speed limits on Philippine roads. Leave a comment below if you have further questions and someone from the team or the community will try to help you out.

This article, Speed limits on different PH roads, was originally published at NoypiGeeks | Philippines Technology News, Reviews and How to’s.