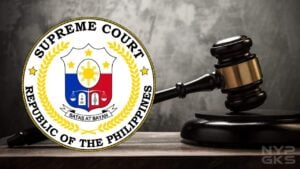 The Supreme Court has issued a temporary restraining order (TRO) against the implementation of the no contact apprehension policy.

Effective immediately and until further orders from the highest court in the Philippines, the local governments in Metro Manila are prohibited from apprehending vehicle owners through programs and ordinances related to the controversial policy.

The resolution that granted the TRO was made in response to two petitions that sought to invalidate the NCAP for being unconstitutional.

In the first petition, four transport groups—ACTO, ALTODAP, KAPIT, and PASANG MASDA—claimed that NCAP is in violation of existing statutes and lacks due process.

The second petition was filed by a lawyer who was fined through NCAP. He drew attention to the alleged “grave abuse of discretion” committed because of the policy, as well as the apparent breach of data privacy.

The Supreme Court has scheduled the case for oral arguments on January 24 next year.

This article, Supreme Court grants TRO against the No Contact Apprehension Policy, was originally published at NoypiGeeks | Philippines Technology News, Reviews and How to’s.