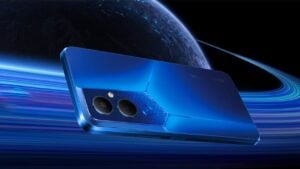 TECNO Mobile’s latest bang-for-the-buck smartphone has officially made its way to the Philippines. Priced in the sub-Php10,000 range, the new TECNO POVA 4 Pro makes its local debut.

First announced back in October, the TECNO POVA 4 Pro boasts a gaming-centric MediaTek Helio G99 octa-core processor, with 8GB of RAM, and an option between a generous 128GB or 256GB of internal storage.

On the front, there’s a fancy 6.6-inch FHD+ AMOLED screen, complete with a fast 90Hz refresh rate. A pair of speakers is also included for the complete entertainment experience.

TECNO Mobile also included an enormous 6,000mAh battery, which you can use as a power bank via its reverse wireless charging capability. The device ships with a 45W fast charger.

This article, TECNO POVA 4 Pro price in the Philippines announced, was originally published at NoypiGeeks | Philippines Technology News, Reviews and How to’s.