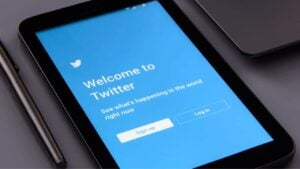 Twitter is allegedly working on an upcoming feature that will let users charge for access to view subscriber-only content on the social media platform. The company is currently testing out the idea internally, according to a recent report While the service is being tested, there’s no word yet if it will actually roll out to the public.

According to the Washington Post, Twitter reportedly plans to roll out its own version of “Paywalled Videos,” but it isn’t clear whether the feature was already planned when Elon Musk purchased Twitter last month.

The tech billionaire has been very publicly attempting to squeeze some cash out of Twitter by introducing a new subscription plan for verified accounts. At the moment, Twitter currently relies on advertising as its main source of income, and existing advertisers have become increasingly anxious about Musk’s plan for the site.

Not safe for work (NSFW) material is allowed on Twitter, which means it is an outlier among other social networks like TikTok, Instagram and Facebook. However, it remains to be seen how mainstream advertisers will react about the kind of content that will flood Twitter once Paywall Video actually comes into fruition.

While it may generate the platform more money, it might also become a major headache for anyone trying to moderate such content. A lot of people are sharing copyrighted works online today, and they’re doing so through services like YouTube among many others. For Twitter, it will probably make sense if it’s going to make them a lot of money, seeing how sites like OnlyFans have been growing rapidly.

This article, Twitter to offer ‘paywalled video’ feature, was originally published at NoypiGeeks | Philippines Technology News, Reviews and How to’s.