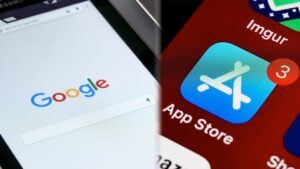 UK’s Competition and Markets Authority (CMA) has started an investigation into Apple and Google’s duopoly on mobile ecosystems.

The regulator’s Mobile Ecosystem Market Study, which was published in June, discovered that Apple and Google “have an effective duopoly” that apparently “allows them to exercise a stronghold” over mobile devices’ app stores, operating systems, and web browsers.

CMA said that 97% of mobile web browsing in the UK in 2021 was done on either an iPhone or Google device.

They added that the responses they received on its report provided substantial support for a more in-depth investigation into the way both brands dominate the mobile browser market as well as how Apple is restricting cloud gaming on the App Store.

SEE ALSO: 10 classic mobile games we played when we were young

CMA noted that computer games are a multi-billion industry in the UK. They added that there are currently 800,000 cloud game users in the UK. However, distribution restrictions on mobile devices “could hamper growth in this sector, meaning UK gamers miss out.”

The regulator added that web developers, browser makers, and cloud gaming service providers have already expressed their concerns about how Apple and Google’s dominance has negatively impacted their businesses, causing unnecessary expenses, and suppressing innovation.

CMA interim chief executive Sarah Cardell said that they want to make sure that consumers in the UK “get the best new mobile data services, and that UK developers can invest in innovative new apps.”

“Many UK businesses and web developers tell us they feel that they are being held back by restrictions set by Apple and Google… We plan to investigate whether the concerns we have heard are justified and, if so, identify steps to improve competition and innovation in these sectors,” she added.

The said investigation may have a conclusion within 18 months.

Once proven that the duopoly has a bad effect on competition, CMA has the power to impose a fix, which may include forcing Apple and Google to sell parts of their business to level the market.