WIKO 10 price in the Philippines revealed 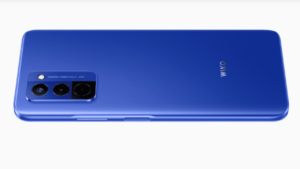 French tech brand WIKO, who just made its way to the Philippines, expands its line-up with the release of a new entry-level smartphone, the WIKO 10.

The WIKO 10 attempts to offer the complete package without breaking the Php10,000 mark. It has specs that are either sufficient or more than enough to be a pass as a daily driver.

For starters, it has an enormous 6.74-inch IPS display that’s even slightly curved for a more premium feel. Albeit, it only has an HD+ resolution, but that should be forgivable considering the price.

A small waterdrop notch is found on the top of the screen for the 8-megapixel selfie shooter. On the back, we have a 50-megapixel main snapper joining the two 2-megapixel sensors for the triple camera setup.

Under the hood, it is powered by the new MediaTek Helio G37 octa-core processor, paired with 4GB/6GB of RAM, and a generous 128GB of storage that you surely need to store those sharp photos you’d be taking.

Like a lot of phones in this range, the WIKO 10 is equipped with a 5,000mAh battery and comes with a 22.5W WIKO SuperCharge to juice it up. Software is handled by Android 12 operating system. A fingerprint scanner that doubles as the lock/power switch is also here for security.

The WIKO 10 comes in 4GB/128GB and 6GB/128GB models for a price of Php7,999 and Php8,999, respectively. They will be available starting September 9 on physical stores nationwide and online through Shopee and Lazada.

This article, WIKO 10 price in the Philippines revealed , was originally published at NoypiGeeks | Philippines Technology News, Reviews and How to’s.